Instrument cluster not working - battery related or something else?

Hey, noob here so go easy on me I'll try to give as much info as I can.

I have a C200 CDI 2008, firstly my car would randomly die on start up, the car would unlock, all dashboard lights/radio/screen would work but when I go to turn the ignition it would completely kill the power to everything. The only way to get it to work would be to wiggle the wire on the battery then everything would turn back on and start up again.

After it happened 2 or 3 times I charged the battery up, and it stopped happening.

Now maybe 2 weeks later I've started the car up, and the clocks have stopped working, along with the controls on the steering wheel, the rest of the car all seems to have power and be working, it starts and the radio and rest of the dash works.

The strange thing is that since this has happened the clocks back Lighting is coming on, usually when the cars been left a few hours. even when there are no keys plugged in, and drains the battery overnight.

I've put the keys in when the back-light is showing and it's the same situation as when it's not showing, car starts, everything works except the clocks and steering wheel controls.

I did replace fuse F28 and F5 after searching prior to writing this post - but that didn't work.

So I'm thinking next thing I should probably try a new battery? Or should I be looking to replace the instrument cluster or both? If i need new clocks is there a way to show the correct milage of the car?

Attached a pic to show what I mean. Appreciate any help.

I’d be checking the SAM for water damage
OP
A

OK I disconnected the battery and charged it up, tested the Voltage after charging and its 12.2V.

Then I connected it back to the car and it read 12.1V, but the clocks have started working again. I'm not sure if this is because of the battery being charged because I did try that once before hand, or that I hadn't disconnected the battery since putting in the new F5 fuse, and maybe that had an effect with resetting the cluster or something? I dont know.

I also tested the voltage on start up and it dropped from the 12.1V to 8V, before going back up. from reading having a drop that big can be a sign there's an issue with the battery?

The clocks are working but the original issue was back, where the car would die on start up, and you'd have to move the wire on the battery for the power to come back on? I've added 2 pics, so you can see that once the wire has been moved the light in the boot will come back on and you know the powers back.

Am I best off replacing the battery? Or is this caused by something else? Now the clocks are working I assume the back-light won't stay on and the car won't drain again, the car still starts ect and there's power to everything, just sometimes you have the move the wire to enable that.

Thanks for any help.

I’d be checking the SAM for water damage
Click to expand...

And this is new to me, where is the SAM and is it easy/costly to replace?

First though, check its done up firmly on the terminals and the earth connection to the body is clean and tight.
Last edited: Saturday at 4:20 PM
M

Azazel said:
OK I disconnected the battery and charged it up, tested the Voltage after charging and its 12.2V.
Thanks for any help.
Click to expand...

Please tell me about the charging, which charger, which setting for rate of charging and how long you left it to charge.
OP
A

mattkh said:
Please tell me about the charging, which charger, which setting for rate of charging and how long you left it to charge.
Click to expand...

I only charged it for maybe 3 hours, I've put it back on charge cause I didn't think it was long enough and will leave it overnight.

Just wanted to try connecting it back to see if it had any effect on the cluster after changing the fuses and they're working again. But the wiggling the wire persisted so will charge it fully and test the voltage again then.

As for which charger and rate of charging I'm not sure, this is the charger Im using its an old one I had. Pic below

Thank you so much.
In the picture I can see that it is charging at 1.5 Amps.
Varta batteries are good. On a diesel car the battery is above 90 Amp/hour.
So if the battery was completely discharged, you would need to leave it on charge using your charger for at least 60 hours.
You are right in deciding to leave it on charge overnight.
By the way, what does it say on your battery about A/Hr rating..?
M

3 hours will not do much to be honest. It needs a solid 24 hours at least.

How old is the battery there are usually some numbers stamped by the terminal Month and Year.
OP
A

mattkh said:
Thank you so much.
In the picture I can see that it is charging at 1.5 Amps.
Varta batteries are good. On a diesel car the battery is above 90 Amp/hour.
So if the battery was completely discharged, you would need to leave it on charge using your charger for at least 60 hours.
You are right in deciding to leave it on charge overnight.
By the way, what does it say on your battery about A/Hr rating..?
Click to expand...

Thanks for the info, I'll leave it charge for some time and check the voltage again to see if there's any difference once fully charged.

As for what does it say on the battery about A/Hr I'm not sure I'll put a pic of the info that's on there.

Battery always hasn't been changed since I've had the car (4years) no idea if it was changed before this, so thinking that could be the issue but I'll charge it fully and clean the earth and terminals. Check the voltage again and go from there.

If that's not doing anything I'll replace the battery before looking into the SAM like someone else mentioned as I know nothing about it.

Thanks again for the help

That is great.
On the second line of the sticker on the battery I can see 95Ah.
When you start the car tomorrow, as before check what the voltage drops down to when you crank the engine. Thanks.
OP
A

mattkh said:
That is great.
On the second line of the sticker on the battery I can see 95Ah.
When you start the car tomorrow, as before check what the voltage drops down to when you crank the engine.
Click to expand...

So I let it charge all day yesterday and left it overnight, still reading 12.1V before start up, and on start up it's still dropping to around 9V.

So I'm guessing this is more than likely battery related?

Is this the best battery to buy as a replacement? 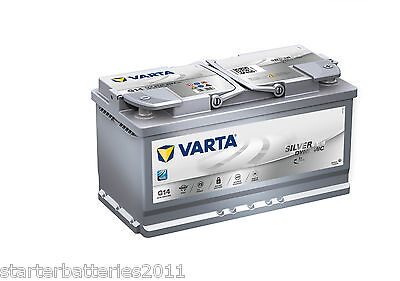 Thanks again everyone for the help, will let you know if the problem is resolved once I change battery's.
OP
A

Which battery is correct for the car or will either work fine? 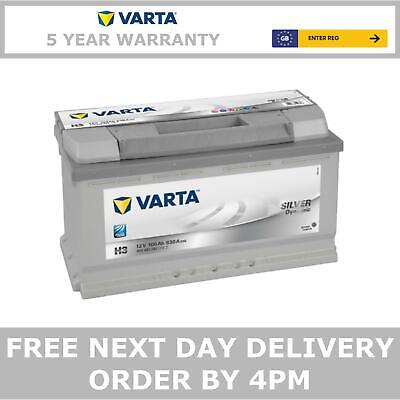 Varta Silver Dynamic is the premium battery for non-start-stop vehicles. Battery Technology Sealed Calcium. Car Batteries. Call us with your invoice / order number, we will then take a deposit of £20 and collect your battery for testing.
www.ebay.co.uk

Is your existing battery AGM?
OP
A

LostKiwi said:
Is your existing battery AGM?
Click to expand...

I'm unsure, I posted a pic of the sticker on the battery a few posts ago if that helps.

Otherwise how would I tell?
OP
A

Can anyone confirm if I need the Varta H3 or the Varta G14 AGM? Thanks in advance
J

I have to agree, battery is shot. I am told that some cars will start to shut down modules if it sees a low battery voltage, resulting in items not working.
Get a new decent battery which is correct for the car.
Be aware, on some you have to register the battery to the car.
J

opps, should ask, did you check voltage with engine running, you are looking for between 14-15 volts

G14 but you can do better on price.

LostKiwi said:
G14 but you can do better on price.

Thanks for confirming, yeah I'll have a look around first. Appreciate the help.

I still don't know how to tell if my current battery is AGM or not though? When search it's asking about start stop and my car doesn't have that feature.


joderest said:
opps, should ask, did you check voltage with engine running, you are looking for between 14-15 volts
Click to expand...

Peter Best Insurance is a leading specialist in Mercedes-Benz insurance. All MBO members are eligible for exclusive rates on all our classic car policies.
Call now for our 'BEST' quote. Tel: 01376 573033
Top Bottom